1- Can Detroit run the ball? The Detroit Lions haven’t been able to sustain a rushing attack since the days of running back James Stewart. Yes it’s been that long folks. Well find out against a good Vikings defense whether or not they will be able to do so this season.

2- How will the offensive line play, especially the right side? With rookie Guard Larry Warford and Tackle Jason Fox taking over for the departed Gosder Cherilus and Stephen Peterman. Will Riley Reiff fare well against All World Defensive End Jared Allen?

3-Will the team as a whole stay away from self destructing penalties?

4-Will the Lions find a consistent 2nd receiving option opposite Calvin Johnson?

5- Will this defense create turnovers? Last year they were terrible with a -16 in turnover ratio.

It’s not a must win but it’s a HUGE game for many reasons. A home game against a divisional opponent, Lions went 0-6 versus divisional opponents last season, this season has many implications for the coaching staff and the front office so getting off to a fast start is essential. 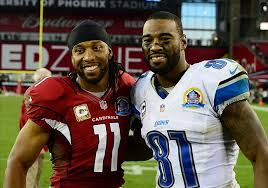 1. Calvin Johnson/Larry Fitzgerald
Both Wr’s are extremely talented play-makers who can simply take over games. These two guys are so similar its uncanny. Both are team guys, both play on bad teams, neither has a DIVA BONE IN THEIR BODIES, both are very humble and prefer to stay out of the spotlight. As a Lions fan I’m partial to Johnson but I can’t honestly rank one higher than the other. 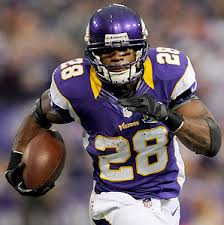 2. Adrian Peterson
Simply the best running back to come along since LaDanian Tomlinson in his prime. Seems like a nice kid and most definitely one of the hardest working professional athletes in all of sports. 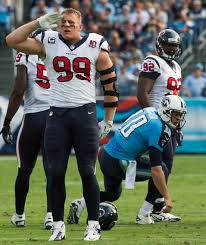 3. J. J. Watt
Since his last season at the University of Wisconsin Watt has continued to get better in all aspects of his game. Last year he led the league with 20.5 QB sacks. 16 passes defended and an astounding 23 tackles for loss. To play the pass and run so very well is uniquely rare. Entering only his 3rd season what he may be able to accomplish is mind-boggling. 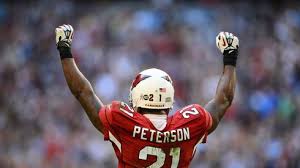 Peterson may not have the numbers of a Darrelle Revis or Richard Sherman but he is 5 times as valuable. This kid can literally do it all. Defense, Special Teams, and Offense. He has improved tremendously from year on to year two. This season new coach Bruce Arians is going to install a package on offense to get this play-maker on the field.  Last year he was matched up on the oppositions best WR and more than held his own. He’s a threat every time he lines up to return a punt too. 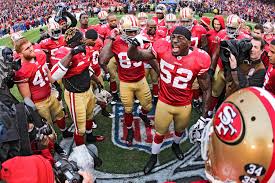 5. Patrick Willis
Willis the most complete and best linebacker since Ray Lewis is the heart and soul of the 49ers defense and probably the team overall. He tackles, defends passes, intercepts passes, forces fumbles. He was a one man wrecking crew until San Francisco started surrounding him with talent like NaVarro Bowman, Aldon Smith, Dashon Goldson, etc.