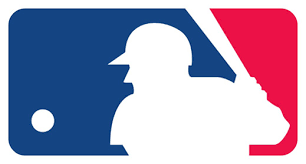 WOW!! What a first half of the 2013 MLB season. There have been many surprises.

The Yankees have done nothing. 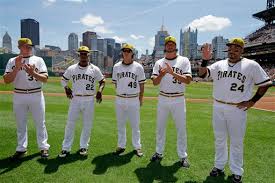 The Red Sox have been winning since the beginning of the season. 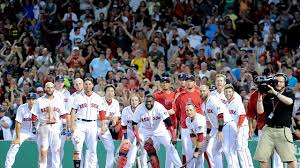 The Angels are 11 games back of the Athletics. 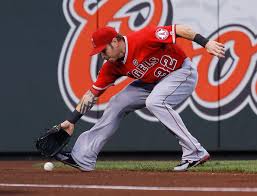 The Los Angeles Dodgers are only 2 and a half back after being on the verge of firing Don Mattingly only two months ago.

Baltimore Orioles Chris Davis has 37 home runs at the All Star break.

Detroit Tiger’s Miguel Cabrera is on pace to put up better numbers in every statistical category from last season’s Triple Crown winning performance.

Los Angeles Angel’s Mike Trout is as good as he showed last year, slight drop off in his numbers but that was to be expected. The kid is a star. 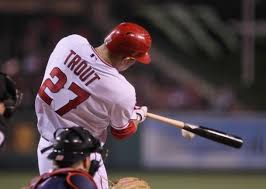 Yasiel Puig this kid has been the Mike Trout of last year for the league and the Dodgers. 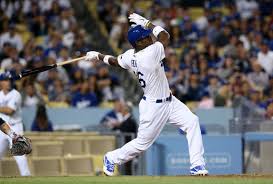 The best part for MLB is yet to come. If they have it their way Alex Rodriguez and Ryan Braun will both be banned from the league for their part in the biogenesis scandal.
I haven’t even mentioned all of the young exciting players like Nick Franklin in Seattle, or Starling Marte in Pittsburgh, Yoenis Cespedes in Oakland, Jose Iglesais in Boston, Jhoulys Chacin in Colorado, the list goes on. Major League Baseball is really at a good point right now with the influx of young talent and the excitement in cities that haven’t had good teams in decades.
Enjoy the second half.
Thanks for reading. 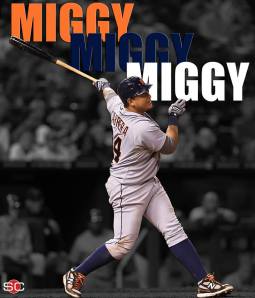 This is what I heard while watching a sports t.v. show. My first reaction, “How dare you?” Being a lifetime Tiger’s fan, I set my fandom aside and looked at it from the average MLB fans perspective. Here’s another guy putting up incredible, monster numbers. Last season he won the AL Triple Crown award as we speak he is on pace to have better numbers this season IN EVERY SINGLE STATISTIC.

These are his current statistics  http://espn.go.com/mlb/player/_/id/5544/miguel-cabrera and we haven’t reached the All Star break yet.

So an average Joe fan is cynical by now, with the way baseball records have fallen quicker than music sales. I get it but here are the reasons WHY YOU CAN TRUST CABRERA’S NUMBERS. #1 He now has Prince Fielder hitting behind him #2 He has gotten in better shape, much better shape. First he had to come in last year ready to play 3rd base and when he switched to 1st base in 2008  he had let himself go a bit physically. #3  He‘d be the incredible Hulk if he indeed was on any sort of PED. His weight has fluctuated  but that has been due to switching positions. #4 Probably most importantly he has been dealing with an alcohol issue he has had throughout his career. In fact, it was reported that the Tigers’ 2012 post-division-clinching celebration held in the clubhouse in Kansas City was not attended by Cabrera, who desired to abstain from the festivities, even though the dowsing “champagne” was non-alcoholic.

So while the A-Rod’s and Ryan Braun‘s of the MLB world have made careers out of cheating. Miguel Cabrera has simply been naturally amazing. So like Ken Griffey Jr., Derek Jeter and those we can reasonably believe they did it the right way add Miguel Cabrera to that list.