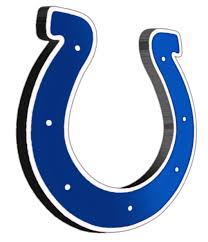 1. Indianapolis Colts – With a Franchise QB in Andrew Luck and basically an offense that really hasn’t missed a beat since Peyton Manning left for the Denver Broncos.

Brightest Players– T.Y. Hilton a complete steal in the 3rd round of the 2012 draft. Small in size, big in plays. Colby Fleener Luck’s college teammate is going to be a very affective TE in this offense. DeWayne Allen maybe an even better TE than Fleener. Colts TE situation is set for some time. On defense the Colts have some nice pieces as well. Vontae Davis was a big upgrade at cornerback. Bjoern Werner is expected to be a quality DE. Veterans Cory Redding and Robert Mathis really fill out the defense nice.

The Biggest Questions– Was last year’s playoff team a product of emotion for coach Chuck Pagano who was fighting cancer? How much of last year’s success was because of Bruce Arians? Will all the free agent additions really improve the team?

2. Washington Redskins – Vastly improved team that has a lot of good to very good young core of players.

Brightest Players– Robert Griffin III showed last season how dynamic he can be. RG3 has a very good arm which because of his elite running speed is often overlooked. Alfred Morris burst onto the scene last year and really tore it up running for 1,613 yards as a rookie. Fred Davis, Pierre Garcon, and Leonard Hankerson all are productive players. All Pro left Tackle Trent Williams is very underrated and is very athletic for his position. Kirk Cousins adds a great dimension to this  team. A backup quarterback who could probably start for at least 10 teams right now. On defense they got younger in their secondary in the draft this year and have the always reliable Fletcher London holding down the middle of that defense.

The Biggest Questions– Can RG3 comeback and be the same player he was? Will Pierre Garcon be healthy? How much longer can Santana Moss be a productive player still? Can Mike Shanahan show the ability to replace Griffin if he isn’t healthy?

3. Detroit Lions– While last season was a massive step back from their 2011 playoff appearance this team still has all the talent it needs to be good for a long time.

Brightest Players– Calvin Johnson. Without a doubt the best wide receiver in the game, dominant. Matthew Stafford. Stafford’s critics came out in full force last season about his mechanics and every other thing but the truth of the matter is he had no running game and was throwing to receivers by the names of Kris Durham, Brian Robiske, Stefan Logan, ect. Nick Fairley, Ndamukong Suh, Reggie Bush, and Ezekiel Ansah are all players who should be around to make this team good for some time.

The Biggest Questions– Which Matthew Stafford will we see the 2011 or 2012 version? Is Jim Schwartz really the man to lead this team? Will Reggie Bush be the X-factor the Lions believe he will be? Is Ezekiel Ansah the real deal or a workout wonder? Can Nick Fairley play a full season? 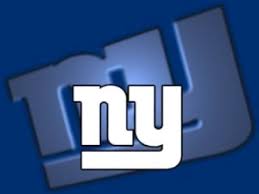 4. New York Giants– While they failed to make the post season last year. This team is built for winning and winning long term. Playing in the NFC East is always a hard thing with all the teams in the division pretty even but the Giants experience and Head Coach set them apart from the rest of the division.

Brightest Players- Eli Manning guy just keeps getting better and has an uncanny ability to bond with his receivers pretty fast. Resigning Victor Cruz was a big deal and now they can turn their focus to Hakeem Nicks and get him locked up. With David Wilson, Stevie Brown, Jason Pierre Paul, Justin Tuck are all very key to this team.

The Biggest Questions- Is David Wilson ready to be the premiere running back? Can they get into the playoffs? That’s really their only question. Once this team gets in, they get rolling until their Champions.

5. Seattle Seahawks- While some may argue they didn’t belong after the interception that was called a touchdown. They made the playoffs and showed they belonged in them. This team is young and fun to watch. The future of the Seahawks is at it’s brightest it has ever been. Even the Super Bowl team of 2004 wasn’t as talented as this squad,

Brightest Players– Russell Wilson is just a winner, from his days at Wisconsin all he does is win. Russell Okung, Percy Harvin, Marshawn Lynch. The defense is like an All Star team the brightest guys here are Bruce Irvin and Earl Thomas are the 2 players that stick out the most to me. Thomas is a special player at his safety position.

The Biggest Questions- Will Russell Wilson take a step back? Can this defense play up to its numbers on paper? Will Percy Harvin be a distraction or a key player?

Buffalo Bills- C.J. Spiller. Fred Jackson’s emergence combined with Spiller’s ineffectiveness his first couple of seasons made him the forgotten man. That is until last year when he showed why he was so highly thought of coming out of the 2010 NFL draft.

Cincinnati Bengals- Geno Atkins. Aside from A.J. Green Geno Atkins is easily the Bengals best player. For a kid who lasted until the 4th round of the 2010 draft he may very well be better than both Ndamukong Suh and Gerald McCoy.

Cleveland Browns- Phillip Taylor. Not a lot of people know of Phil Taylor but he is a strong DT/NT. He really plays his gap well reminds me of a younger lighter Vince Wilfork.

Denver Broncos- Ryan Clady. When protecting Peyton Manning’s blindside you have to take priority. While Clady is a name that is recognizable he is also a very good young player who doesn’t get many props outside of Denver.

Houston Texans- Kareem Jackson. Had a horrible rookie year but last year he really solidified the back-end of the Texans D. With 4 interceptions and 16 passes defended, he and Johnathan Joseph make a nice Cornerbacker duo.

Indianapolis Colts- Robert Mathis. While playing in the shadow of Dwight Freeny for almost his entire career, Mathis is still a highly productive player and really a great leader.

Jacksonville Jaguars- NONE. Sorry Jacksonville but you’re team just doesn’t have a single underrated player. A few overrated but nobody underrated.

Kansas City Chiefs- Jamaal Charles. Charles’ value to his team really can’t be measured. without him in 2011 they were awful. While with him in 2012 they were awful too. That said, they may have went win less without Jamaal Charles in 2012. Fantasy players realize his worth but everyday fans probably don’t. He ran for 1.500 yards last year coming off a torn up knee. Adrian Peterson’s epic, unseen performance last year overshadowed many players who did well.

Miami Dolphins- Brian Hartline. White WR who is basically a possession type guy but he gave the Dolphins 48 first downs last season and kept the chains moving. Any team would take that.

New England Patriots- Chandler Jones. Moving forward Jones is set to be the team’s defensive leader. Jones possesses all the things you want in a 3-4 DE. Good strength, instincts and athleticism.

New York Jets- NONE. Nick Mangold, Santonio Holmes, are they really underrated? Sorry Jets fans but this team needs all kinds of help.

Oakland Raiders- Jacoby Ford. When he is healthy Ford is a terrific deep threat with world-class speed. He’s had some success but he can really be an impact guy if he can stay on the field this season.

Pittsburgh Steelers- Emmanuel Sanders. First is was Santonio Holmes, then it was Mike Wallace, then Antonio Brown, now it’s Emmanuel Sanders time to shine he has been solid as a 4, 3, and no.2 WR. This year he won’t surprise teams because they don;t know him, he’ll surprise them by how well he plays.

San Diego Chargers– Shareece Wright. While biding his time behind Quentin Jammer, Wright has been a solid contributor on special teams and in the dime package for the Chargers. Expect to see Wright play a lot more this year and really have an impact on the Charger’s D.

Tennessee Titans- Delanie Walker. While he’s better known for his blocking expect him to be highly involved in the passing game as well. Walker was highly underrated in San Francisco and should get more love in Tennessee.