The hypocrisy in the NFL has hit an all time high. All we the fans have heard about for the past 2 plus years was PLAYER SAFETY. Commissioner Roger Goodell has been fining people at an alarming rate and suspending players for where people have been getting hit. Defenders literally have a smaller hit zone than MLB players have a strike zone.

So what does good ol’ Goodell want to do to remedy the situation?

Expand the number of playoff teams (Water down the playoffs)

All 3 of these things will only hurt the game and the product of the game.

It’s a ludicrous thought to think by doing these things player’s will not be hurt more. Come playoff time do you really want to see your team playing a good majority of 2nd stringers and guys off the streets?

Injuries are inevitable in this game but doing these proposed things will CERTAINLY mean more injuries and high profiled players being on Injured Reserve.

If you’re an NFL fan you can’t like what Goodell is looking to do to the game.

The 2013 NFL Hall of Fame class is in the books. The following were inducted; Bill Parcells, Cris Carter, Warren Sapp, Jonathan Odgen. With two senior selections as well, Curley Culp, and Dave Robinson.

Five players failed to get in this class on the final vote. Jerome Bettis, Michael Strahan, Charles Haley, Aeneas Williams, and Andre Reed. 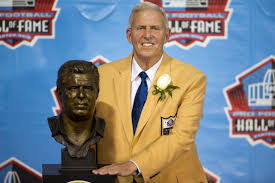 Bill Parcells.
Should He Be In? Yes. I totally agree with him being in the HOF. Parcells was a terrific Head Coach. He won two Super Bowls in the biggest media market in the country with the New York Giants and lead the New England Patriots to the Super Bowl as well. He also went into upper management with the New York Jets and Miami Dolphins. 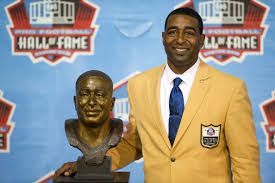 20 hours ago
Cris Carter
Should He Be In? No. While Carter was a good wide receiver He’s not a Hall of Fame player. His best quality as a player was his ability to get his tip toes in bounds while making a catch. He never  went to a Super Bowl, was only voted All Pro first team twice. Carter would be an ordinary receiver in today’s NFL all of his records will be broken soon. 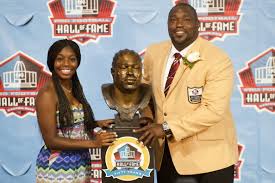 20 hours ago
Warren Sapp
Should He Be In? Absolutely. Warren was an absolute problem playing the 2 technique from his Defensive Tackle position in the now famed “Tampa 2” defense. I could put the stats up but it really doesn’t matter his was the heart and soul of the Buccaneers defense that ultimately won the Super Bowl in 2003. Warren was a special player able to still smile and have fun while playing in the trenches. 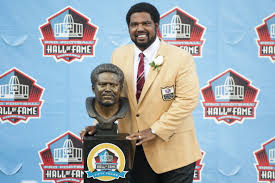 1 day ago
Jonathan Ogden
Should He Be In? Yes. There were only two Hall of Fame Left Tackles in the past decade and a half. Orlando Pace and Johnathan Ogden. Ogden was superb both technically and physically. While he never had an elite quarterback to protect he was awesome as a run blocker too. For an offensive tackle to get to the second and sometimes third level(s) of the defense is basically unheard of except on a screen or something but Ogden would often do it and just road grade defensive players. It’s no coincidence that most of Jamal Lewis’ 2000 yard season came behind Ogden and the left side of that offensive line.

1 day ago
Curley Culp
Never seen either of these men play so I can not give an honest opinion on how great they were but they must have been great to be Hall of Fame players.